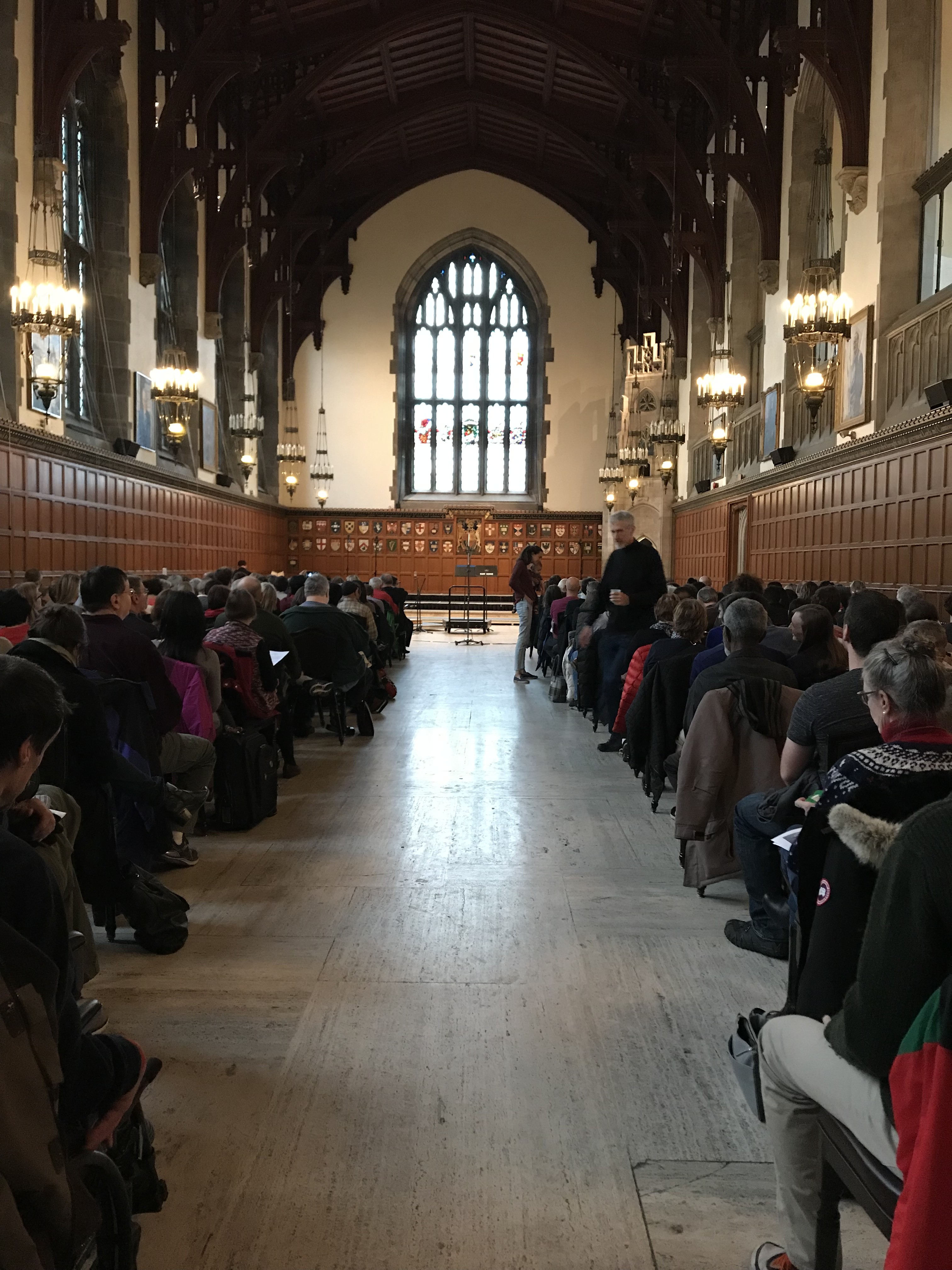 When I first moved to Canada I knew nothing about its history and its development as the country it is today. I assumed, like many other countries, there were conflict, struggles, pain, and overpowerment. My first glimpse of Canadian history was in high school where I was first introduced to the First Nation society. There I learned the struggles and conflict between the Indigenous people and Non-Indigenous people throughout Canadian history. However, since I graduated high school I was always curious about Indigenous culture. One aspect of U of T that I love is that it is a very inclusive environment and a space of learning for all social issues. There are so many groups, seminars, clubs, etc where you can attend an event and learn about something you have always been curious about. Recently, Hart House showcased a concert by the Hart House Singers dedicated to Indigenous people, acknowledging that Canadian land is shared between the two cultures. I happily got the chance to witness such a beautiful site.

I never knew Hart House had a choir so when the advertisement of the Hart House Singers popped up on my computer screen  I was intrigued. The name of the concert was “This Land in Music and Song” and I truly had no idea on what to expect. I was going in as a blank slate so I was very excited to see what type of music that would be played. As soon as I walked into the Great Hall on Sunday, November 22, I was amazed at how full it was. There was not a seat in site and my body surged with excitement because I knew it was going to be good. Once I found a seat I read the conductor’s notes about the programme until the concert began.

The crowd grew silent as the stage began to fill with choir members and the musicians settled in their positions. The conductor was the last to enter and he looked at the audience and turned towards the choir to begin the concert. Banging sounds filled the room and initially I was a little confused, but then the choir broke out in chants and song and everything flowed together like water. The melody and the harmony of the song was like no other. Although I did not know the meaning of the lyrics, they were beautiful in song and my mind wandered to times when the First Nations were occupying the land before the British colonialists came to Canada. I started to imagine their form of social structure and how they used live. Then a violin and piano duo began to play and it completely moved me. It was breathtaking and my whole body felt lifted. From my understanding while listening to the music, the concert entailed both Indigenous pieces and an early European music to express how Canada is comprised of both cultures. The power of music and song to share a story and bond amazed me that night.

The concert ended with the crowd roaring and praising the conductor, musicians, and singers. Everything about the concert was beautiful and I got to experience a bit of the Indigenous culture. In the conductor’s notes he mentions that the purpose of the performance was to engage the history and the story of the Non- indigenous people and the indigenous people of sharing this land we call Canada. He wanted the audience to reflect on Canadian history and remind us that although this year is Canada’s 150th Anniversary, this land was once inhabited by Indigenous communities before the British colonialists entered and shared the land. As an international student, Canada has been my second home and learning more of its history opens my perspective of the culture and structure of society. I think it’s important to open your horizons and be curious of different social aspects because you can learn about the different perspectives and values that exist. I’ve learnt something new during my experience at the concert and I’m excited to learn more at U of T and in Canada.

0 comments on “Opening Your Horizons”