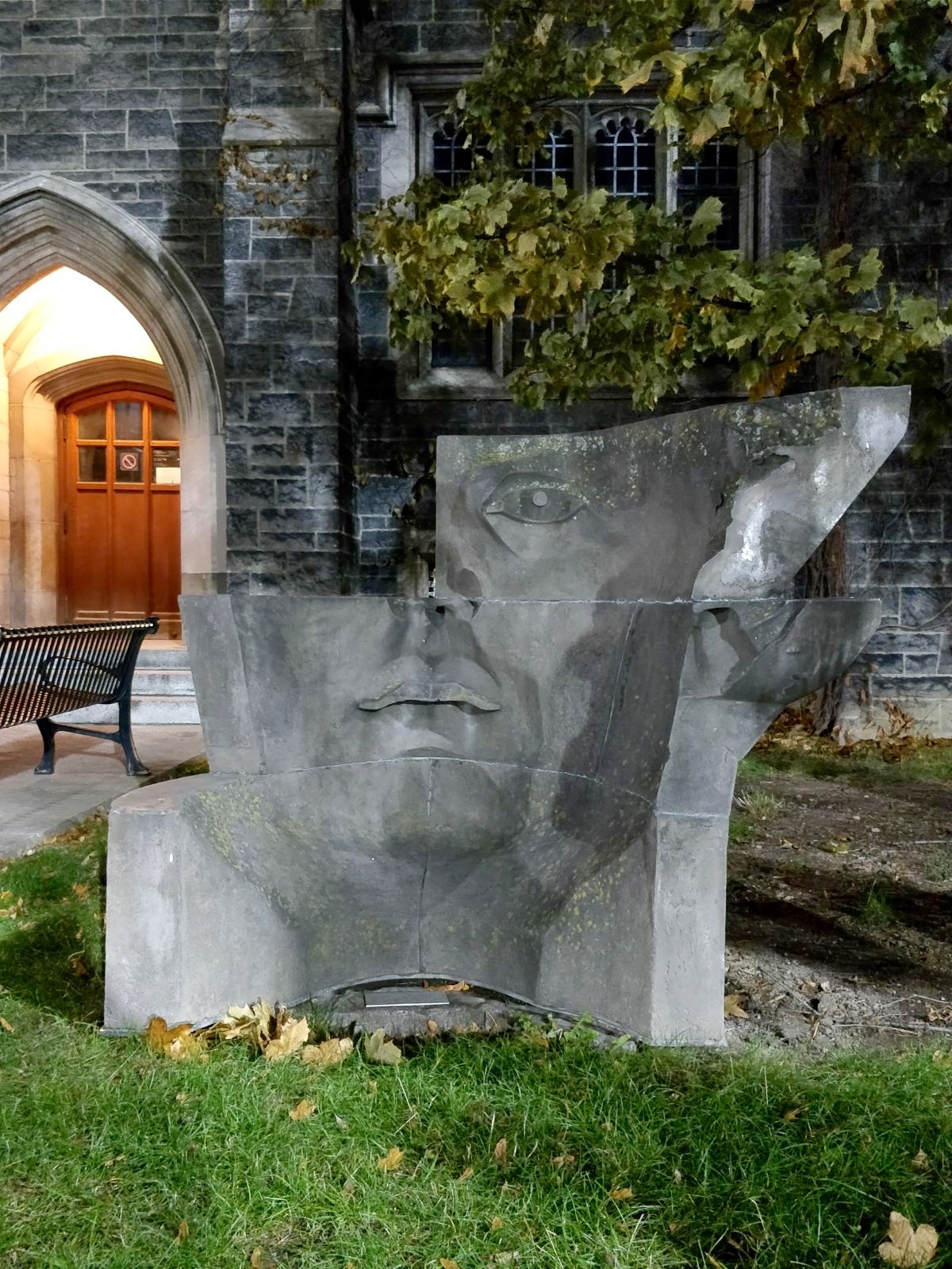 Art here, there, and nowhere.

U of T is known for a lot of things, good and bad, however, some things that often go by unnoticed are the little things – things like public art. They have a way of just blending into our world – despite their abstract, irregular forms. It doesn’t matter if you’re in life sciences, engineering, mathematical fields, or humanities – art is present everywhere. It’s in every corner of U of T and in every enclave that make up our diverse campus. It’s an important aspect of civic life with the potential to evoke feelings and enrich us with knowledge and insight about past and present issues in our city – that’s if we know what they are and why they’re there. That’s one of the reasons a number of sculptures were acquired by the St. George campus in the 1960s-70s, most of which were by notable artists of the time.

They’re both found at Hart House and as abstract as they are, once you take a closer look, you start to see the tensions and interactions Etrog is trying to provoke between man and machine – as most of his works do. They may have something to do with the different functions within Hart House. Or maybe not.

These are those white pyramid/half tent looking installations outside Hart House that I’m guilty of not even noticing until now. I found out that they’re actually meant to be viewed facing south so if you align yourself to the shortest pole, all of the tips point towards the tip of the CN Tower!

This provocative and controversial piece can be found in front of Regis College and is a reminder of those most marginalised in our society. The fact that it’s so easily missed shows how accustomed to poverty we’ve become.

A massive, concrete, abstract representation of a double helix of DNA strands outside the Medical Sciences Building. Being an architecture student, I had no idea that’s what they were. 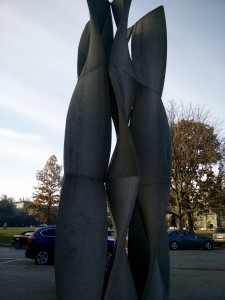 As some of us may know, insulin was discovered at U of T, and fittingly enough, this sculpture was inspired by the ribbon-like form of insulin’s protein structure – even more fitting is that it’s found outside the Medical Sciences Building (College St side) 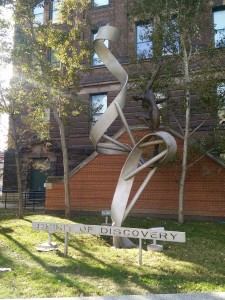 This interesting broken bowl looking thing is actually an interactive sculpture – in the sense that you get different views of the face from every angle. 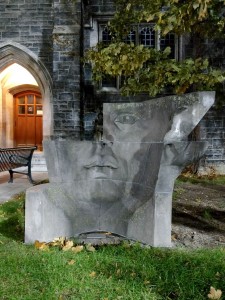 Located in the corner of Bloor and Spadina, these domino-bench type of pieces are a reference to the domino games that were once played here. The leaf on each piece is a reminder of the Carolinian forest that used to be here. Personally, I like it when art can be physically interactive, rather than purely visual. 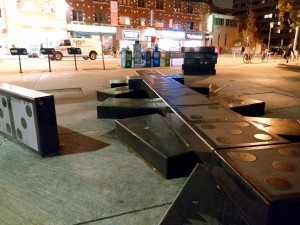 It’s currently not in the best shape, but when looking at the time and location it was originally set in, this sad looking bulk of bronze is meant to express strength, innocence, mystery, and the idea that it had its back turned against society (or what used to be Rochdale College in a hippie era). 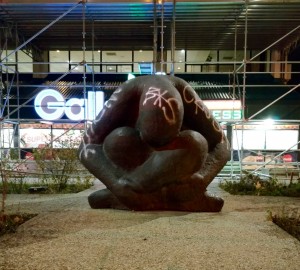 Most of these aren’t just placed randomly, I find that they hold some association with the surrounding buildings and social as well as academic environment. Next time you’re walking around, take a moment to look up and see what else you can find. Plus, it’s a great way to know not just U of T, but Toronto at large!

Here’s pictures of some more I’ve come across:

0 comments on “Art here, there, and nowhere.”