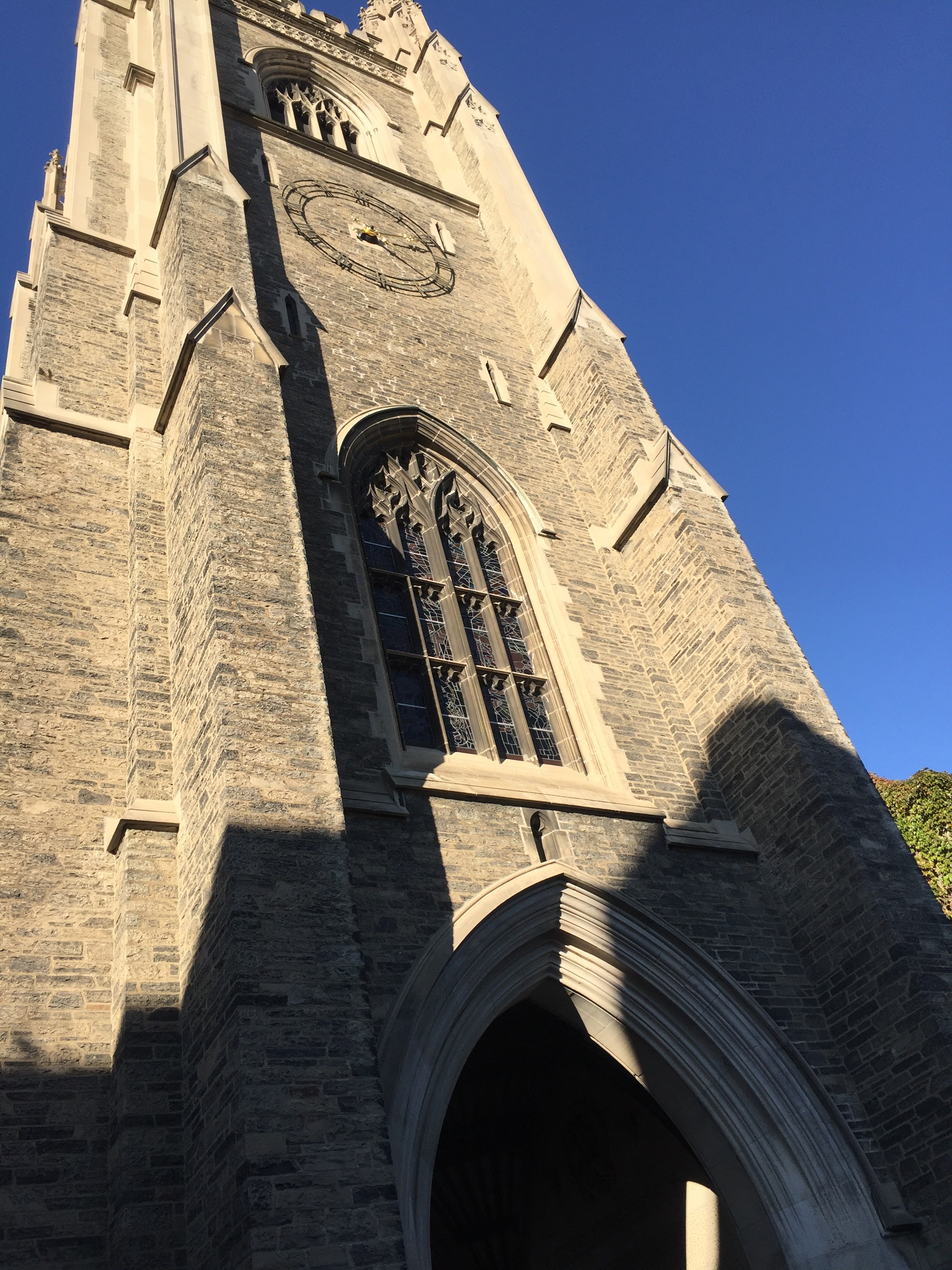 Soldiers’ tower was built in 1924 to honour the 1,185 U of T students and faculty who lost their lives in the two World Wars. With its beautiful archways and impressive form, Soldiers’ Tower is probably one of the most recognizable features of U of T’s St. George campus.

From when I first started university, I was always intrigued by the music coming from the tower—sometimes cheerful and sometimes haunting. I often walk by Soldiers’ Tower several times a day, but being a third-year student now it is sad to say that I did not decide to stop to admire it or learn more about its history, until just recently. When I learned about an upcoming tour of the tower, I immediately decided this would be a great time to finally explore this central feature of U of T.

After assembling our tour group, we were led up to the tower through a seemingly endless spiral staircase. In that moment, climbing the narrow stairway, I was honestly quite scared. However, as soon as we walked into the beautiful and charming room my fears all were all replaced by a feeling of awe.

Towards one side we could see the clockwork mechanism. Directly in front of us was a strange and very complex-looking instrument I had never seen before. We learned that it was the sound of a Carillon, and not an Organ, that resonated through campus several times a day. The tour guide, who also happened to be the head Carillonneur, demonstrated to us how the instrument worked and how it was played. It was fascinating to see how complex and difficult it was to play the Carillon—both hands and both feet are involved!

We were then able to climb another, slightly less terrifying, staircase, which brought us to the bells themselves—all 51 of them! We learned that the bells were installed in memory of those lost during the World Wars. These weren’t just any bells—some were absolutely gigantic with the largest weighing four tonnes! 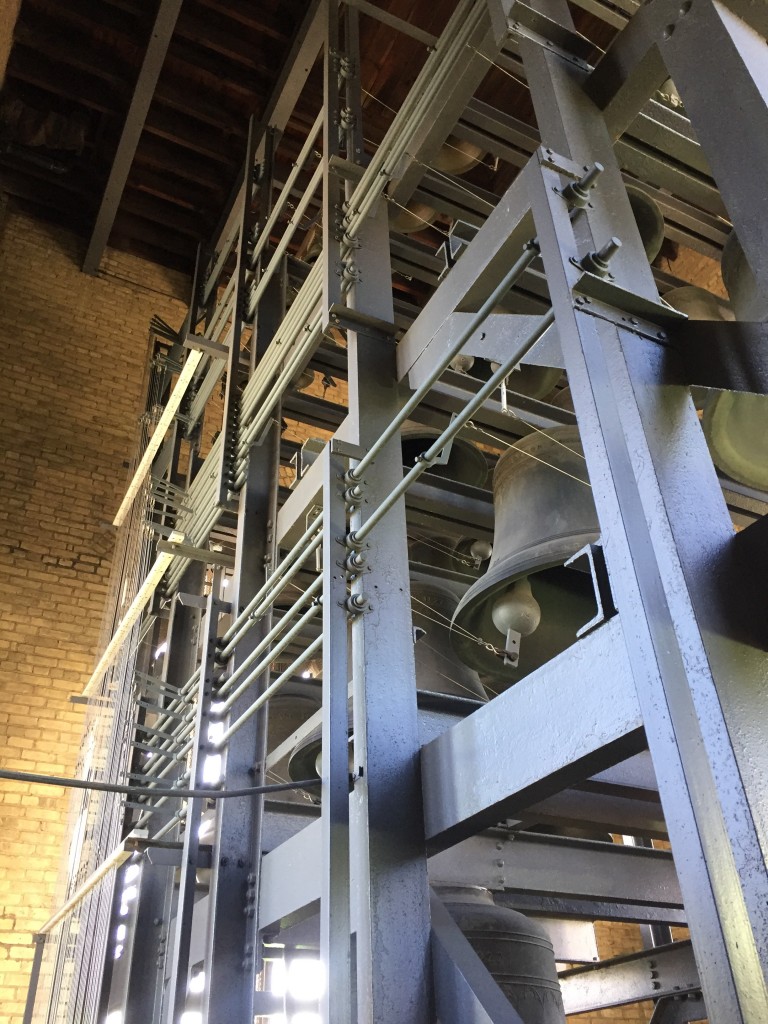 Because Convocation was being held later that afternoon, we were able to watch the Corillonneur as he welcomed guests and graduates with a beautiful sequence of music. The music was absolutely beautiful, but the experience of being in the bell room, watching the bells move in sequence, was enchanting.

If you are interested in touring Soldiers’ Tower your self, then check out the website for upcoming tours and recitals! For the month of November the Memorial Room will be open: