As a Trinity student in my final year, I’ve never sat at “High Table” in Strachan Dining Hall. I’ve always imagined that the whole High Table experience was actually just glorified networking steeped in elitist tradition. So when I found out Trinity  Academic Dons Christopher Pugh and Elisa Tersigni were holding a Book History High Table, I had to go. Seriously. As a Trinity English Peer Counsellor, I felt obliged to attend this event. But I’m glad I did as it both dispelled and reinforced my High Table prejudices and I also discovered the printing press at Massey College which was amazing!

The evening began at 5 pm sharp at Massey, starting with a print demonstration at the printing press – a working library of 19th century printing presses. Although I had heard of the printing press’s existence on campus, I had no idea that it was located in the basement of Massey.  Unfortunately, a meeting with my professor ran overtime and I arrived 30 minutes late. Upon walking in, I immediately noticed that I didn’t get the dress code memo. The ladies were decked out in heels and skirts, the gentlemen in ties and dress pants while I had on pink sneakers, jeans and a wrinkled sweatshirt. Instead of blush and lipgloss, I was wearing four hours of sleep. I apologized for both my physical and late appearance and both Pugh and Terisgni were incredibly understanding.

Brian Maloney, the charismatic College Printer,  talked about the history of the press and we printed little keepsakes with red ink that looked so rich it would make a vampire salivate. We learned that the earlier period of printing, the formula for red ink was not perfected enough to use in the printing process, forcing book makers to go back over pages and add red ink by hand.  This process of adding red ink was called rubrication. Check out this video shot in Massey’s print shop to get an idea of what we did. I’ll warn you now, press mute!

Following the printing press demonstration, students, Dons and Brian left the pits of Massey to have a drink in a common area before heading to Trinity College. As we marched towards Trinity, I immediately felt like the conversation was taking a turn to pretentious when people started talking about (but not actually speaking) Latin. I thought my fear was coming true, that anything associated with High Table was going to be painfully highfalutin. However, I quickly recognized that I was just carrying a deep-seated prejudice and I probably sounded completely obnoxious myself when I talked about an Inuktitut class I would be taking next semester.

Since Strachan Hall was fairly empty, we broke the rules and didn’t wear the gowns. Depending on your take on High Table, the gowns probably make you think of either Harry Potter (cute) or Eyes Wide Shut (cult). I was sort of disappointed because I was actually looking forward to covering up my sweatshirt and jeans.

For dinner, I was served the vegetarian option: dry couscous, grilled vegetables and potatoes. For desert, there was a huge amount of refined sugar options available including ice-cream and cookies. Unfortunately, I had just come from my Cook the Books class that focused on the evils of industrial and processed foods, so I didn’t really have an appetite for deserts that probably won’t decompose with the rest of my body when I die. While the food was somewhat lacking, the conversation turned out to be incredibly informative as students talked about grad school and also their positive experiences at the university. For example, I found out that I was sitting beside the previous editor of the Trinity University Review, the college’s journal of arts and letters since 1880, who cherished his experience running the journal.

I suppose I entered the whole High Table dinner with a lot of pride (I think I actually liked rejecting all Trinity traditions) and prejudice (I expected secret handshakes, slimy networking, creepy cloaks and bad food, well, one of those is actually true) but I came out of the experience slightly surprised. The High Table was a great reminder to give everything a chance because you never know who you’ll meet and where a simple conversation might lead you.

If I knew Latin, I would sign off this entry with some seriously obscure phrase. But I don’t. 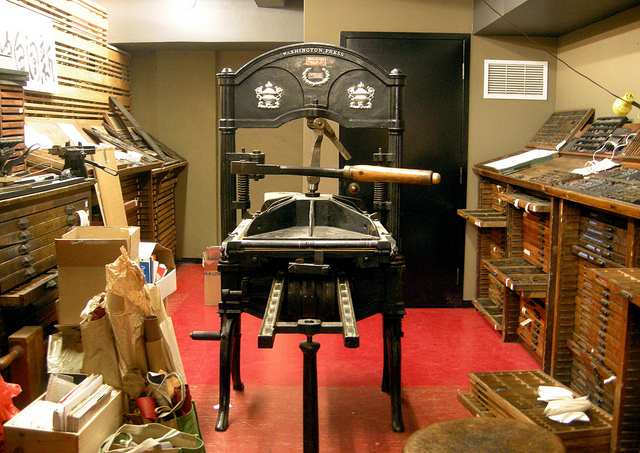 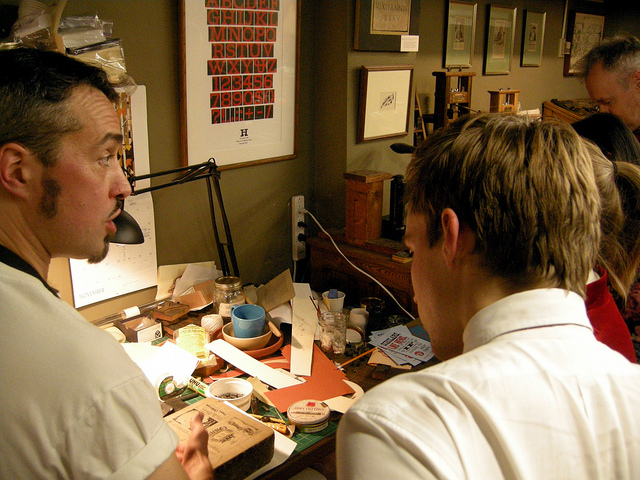 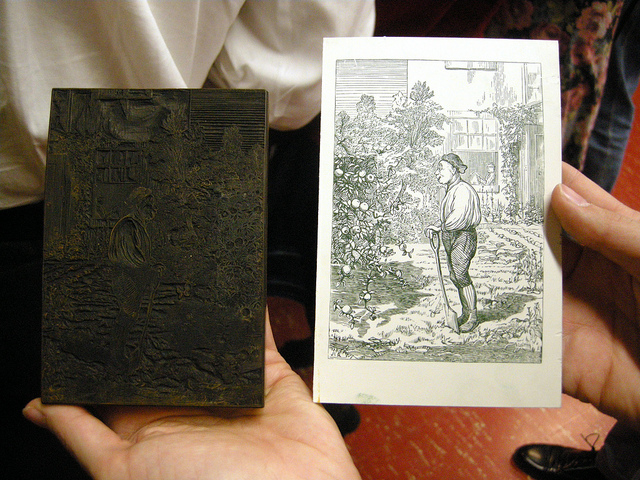 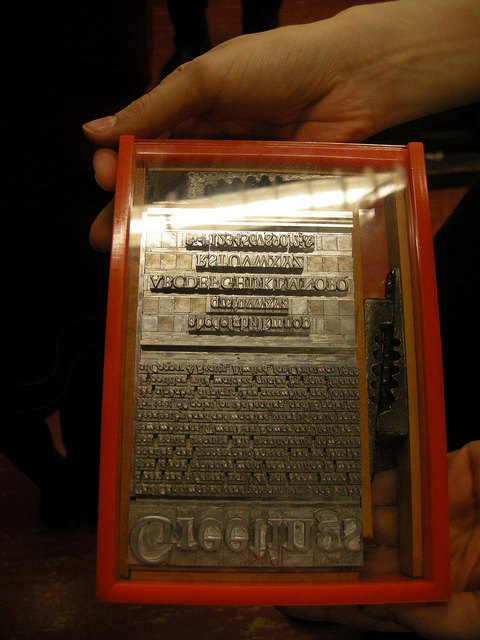 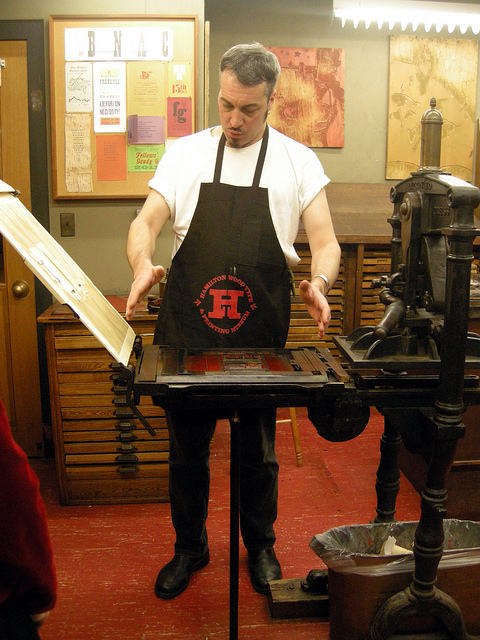 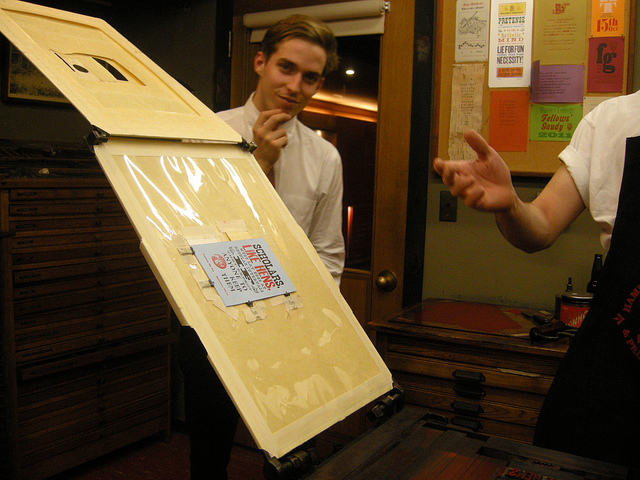 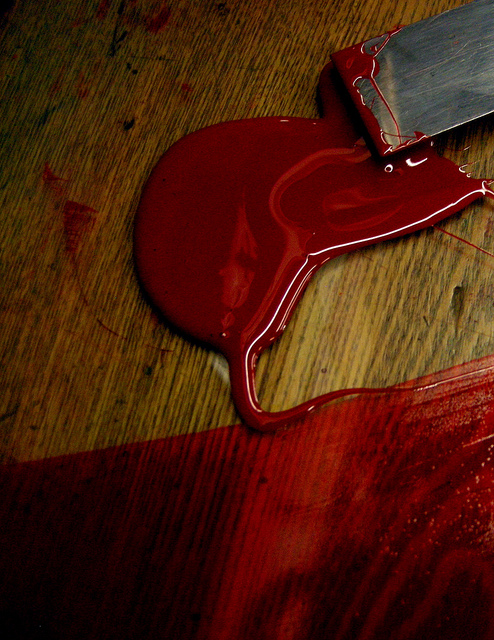 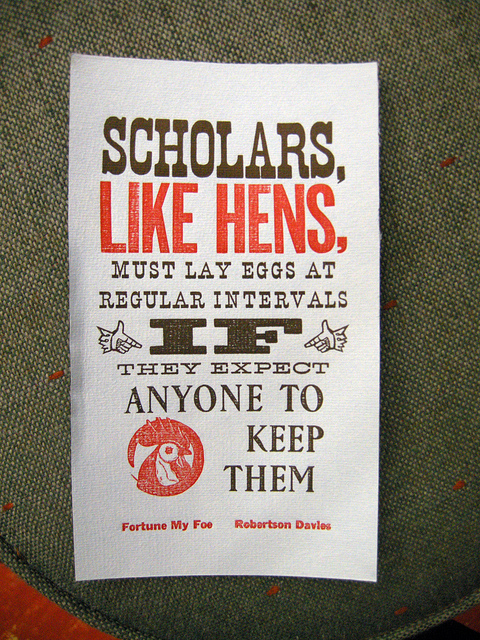 Above: My keepsake. I printed the red text onto the paper.