Put Your Ballot Where Your Mouth Is…

Politics. If there were ever to be a hot-button issue, it would be this. University campuses are virtual hotbeds for a plethora of political views; spirited discussions, debates, and disagreements on innumerable social issues can be heard on any given day. And at a time like now, when a major election looms near, these conversations take place at a more fevered pitch. Canada’s next general election will be held on May 2nd, which is just under a month from now. 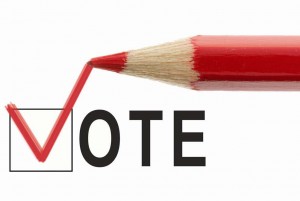 Voting. Whether it is to affect change here on our campus by choosing our student representatives, or to affect our fates as citizens of this country, we all generally recognize its importance.

As university students, we’re taught to critically think about and analyze situations, circumstances, and phenomena, and use the knowledge that we’ve gained to affect change. This can be extended to the process of becoming politically active: we discuss social and political issues with our friends and families, educate ourselves about what the platforms of the various political parties are, listen to the televised debates, make an informed decision about which party best represents our own views, and then seek to influence change on election day.

Please know that this post is not about attempting to sway your political leanings in one direction or another. And I also want to make clear that I recognize that voting is not an option for some because of religious or other ideological reasons. My aim for this post is simply to speak to those who wish to vote, but, like me, have questions about the whole process.

So, what if you want to vote on May 2nd, but don’t know enough about the political parties? Having lived outside of Canada for nearly twenty years, I am humbly admitting that I fell into this category. I mean, I had a very general idea about what each party stood for, but I did not know enough about where each party stood on each of the issues that were important to me. Here are a few things that I am now doing, that may be helpful to you as well.

For me, catching as many of the televised debates, and paying closer attention to the nightly news, are both key. This may seem as though it goes without saying, but the fact is that with all of the assignments and studying that we have to do – who really makes the time to watch tv on a regular basis?

Something that I’ve (cautiously) found very helpful has been CBC’s Vote Compass. They ask you a series of survey questions, and your answer is scaled along the lines of “strongly disagree” to “strongly agree”. After you input your responses, the Compass provides you with a grid that (supposedly) indicates how close/far you are to which political parties. Now, of course, you won’t just want to rely on this tool as the deciding factor for who you’ll vote for. I’ve heard that some are concerned that the Compass may not be entirely neutral. So take the response that it gives you with a grain of salt. But, used in combination with the information you can gather from watching the debates, it can provide some insight.

If you are unsure about your eligibility to vote, or about registering to vote, you can visit the Elections Canada website – I’ve provided a link here. Election Canada is, as they say on their website, “the independent, non-partisan agency responsible for conducting federal elections and referendums.”

And finally – discuss, discuss, discuss. Continue having those lively conversations and even heated debates with family and friends. Recognizing that everyone has a right to their political opinion, and that these political differences of opinion are part of what makes Canada such an interesting place to live, you can truly appreciate the merits of a good debate.
Happy voting!

0 comments on “Put Your Ballot Where Your Mouth Is…”