An old friend of mine recently had their first baby, which made me reminisce about that new baby feeling.  When you have one child it’s almost like you have an accessory.  You can devote so much time to that one child, dressing, feeding, bathing; your whole schedule focuses on one small person that has changed your life so much.  With my first child I bought special “baby water” which I used when I had to supplement with formula or cook.  My partner argued that we should have an only child so we could devote all of our resources into child rearing but I come from a large family and wanted another.  My child needed someone for them to play with and relate to; so that when they’re adults they can remind each other of their crazy childhood.  We talked about spacing them out so that the first would be potty trained and the transition would be easier.  Unfortunately I did not discuss this with my womb and soon after my oldest turned one, the second child was on its way. 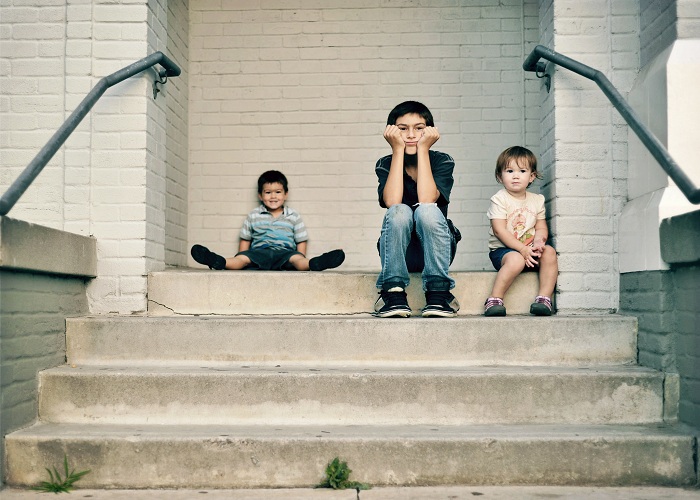 When you have a second child people will soften the blow by saying it’s twice the work.  It’s not.  Its triple the work! You’re not only pulling double parental duty but you have to become a time management pro. Having two children will transform you into a juggling master.  I quickly learned to put on Go Diego Go while breastfeeding, otherwise the oldest would find something deviant to entertain themselves with.
Let’s just say I gave up beadwork after having two kids because there was no way I was sorting seed beads out of a dustpan.  Both children were in diapers and both were allergic to different brands.  “Baby water” was soon chucked out and I resorted to boiling tap water for five minutes and keeping it in a special pitcher.  After the second child it took a year before things started getting into a functional routine.  My partner and I both decided to stop at two since we weren’t “outnumbered” but after 10 years on the same type of birth control pill, Mother Nature won out and our third child was on its way.

I was terrified at having a third child.  Even though I, myself, am a third child, I had always dreamed of having two kids.  The workload seemed so immense after having my second child that I couldn’t even begin to imagine what having the third child would be like.  When the third baby arrived it turns out that my parenting skills were so finely tuned that it was just another mouth to feed.  I knew what sleepless nights were like. Changing diapers between the last child and the new baby was no big deal.  I now had two children watching The Backyardigans while I was breastfeeding.  No more boiling “baby water”, we just used the Brita pitcher that the whole family was using.  When my youngest turned six months I went back to school part time while I was still breast feeding and still haven’t stopped pursuing my education.

For the future I don’t anticipate having more children; surgery was performed to prevent anymore offspring.  Even if I happened to choose to have another child; I know my life would be a little hectic but I don’t think I would drop out of school.  Not that I want my family to become the Canadian version of the Duggars, but the “newness” of parenting is gone and I embrace my position of being an experienced parent.  One of the worries that I had when I was pregnant with my second child was that I wouldn’t love the second as much as my first.  It felt like I couldn’t love anyone more than I did my firstborn.  The moment my second child (and third) child was born and our eyes met, I felt my love for them growing inside me and it still hasn’t stopped.