Out on the Town with my Grandma

A few months ago, my sister and I decided to take our grandmother out for lunch. We went to a sushi restaurant near her home, ordered our meals, and spent the next hour apologizing to our server and to people at nearby tables. My grandmother is hard of hearing and, especially in crowded places with lots of background noise, requires people to speak very loudly to her, even when they’re across the table. As much as I hate to admit it, my sister and I were actually relieved when the meal was finished and we began to head out. And then we all went for ice cream… 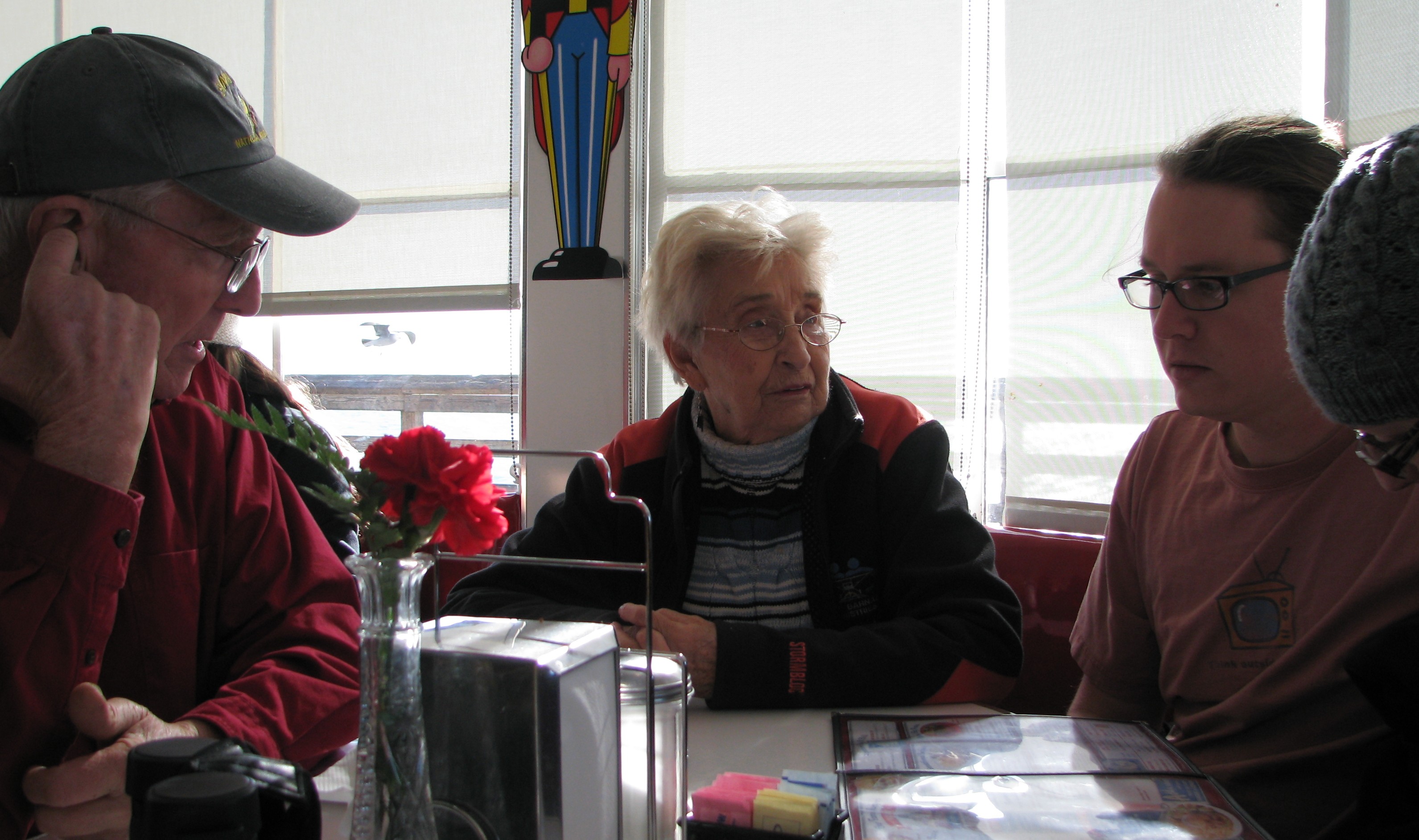 My siblings and parents and I love our grandparents, and we love to be with our grandparents, but it’s becoming increasingly difficult to spend time with them as they get older. My paternal grandmother, with whom I enjoyed that resounding sushi lunch, has difficulty hearing and sometimes struggles with mobility. My maternal grandfather has chronic back problems and struggles with stairs or substantial periods of walking. As a result, a lot of the things we used to be able to do with them are now impossible.

But my family is nothing if not resourceful, and where there’s a will to spend time with a grandparent, there’s a way. Over the years, we’ve tried some unusual things. Some have worked – a late lunch, when the restaurant is almost empty, works well with my grandmother – others have not been as successful (just don’t ask me about the trip to Stratford I took with my father and grandfather a few years ago). Here are some ideas for things to do with grandparents who may have accessibility needs:

With someone who is hearing impaired, try a foreign film

Films in foreign languages are subtitled, so people who can’t hear the dialogue will have the same experience as everyone else in the theatre. Movies have other advantages as well: they involve sitting, and aren’t physically draining; theatres are distributed quite evenly throughout the city, so they’re accessible; and movies are relatively affordable. My grandmother also appreciates seeing something contemporary, rather than surfing her closed-caption television for last year’s B-movies.

With someone who has a (non-severe) mobility impairment, try a bus tour

For people like my grandfather who can move about, but not much, a bus tour of the city is a great chance to go out and hit the town without moving at all. Companies such CitySightSeeing offer open-air, double-decker bus tours and have solid commitments to accessibility.

With someone who has some or total vision loss, try a concert

The Toronto Symphony Orchestra is one of the best in the world, and offers an amazing programme of world-class musicians. They’ve also cast off the cliché of a boring old orchestra that only plays Mozart and Beethoven; this summer, they’ll be showcasing the Broadway tunes of Lerner and Loewe, among others. Toronto has a fantastic music scene, and many of the larger venues (especially Roy Thompson Hall) are well-equipped for people with mobility issues as well. The catch is that most of the good stuff is downtown, so getting there might be tricky for some.