When my youngest brother was one and I was eight, he started watching the Baby Einstein movies and, I’ll confess, I started watching and enjoying them too. I especially enjoyed Baby Mozart because of the synesthetic play of images and sounds, although I was told that it was much more than an aesthetic experience to my baby brother. Apparently, he was learning, or learning how to learn, or something like that.

Years later, when my baby brother was the age that I was when he was born, the Walt Disney Company reluctantly agreed to refund anyone who had bought a Baby Einstein DVD since 2004. The offer, which was intended to mollify the advocacy group Campaign for a Commercial-Free Childhood, was made on the grounds that the videos were not, strictly speaking, as “educational” as they had claimed to be. At that time, doubt was cast on almost any movie or TV show that claimed to educate infants and very young children. Even though over a third of American children were raised with Baby Einstein or a similar program, the evidence simply wasn’t there to support it. 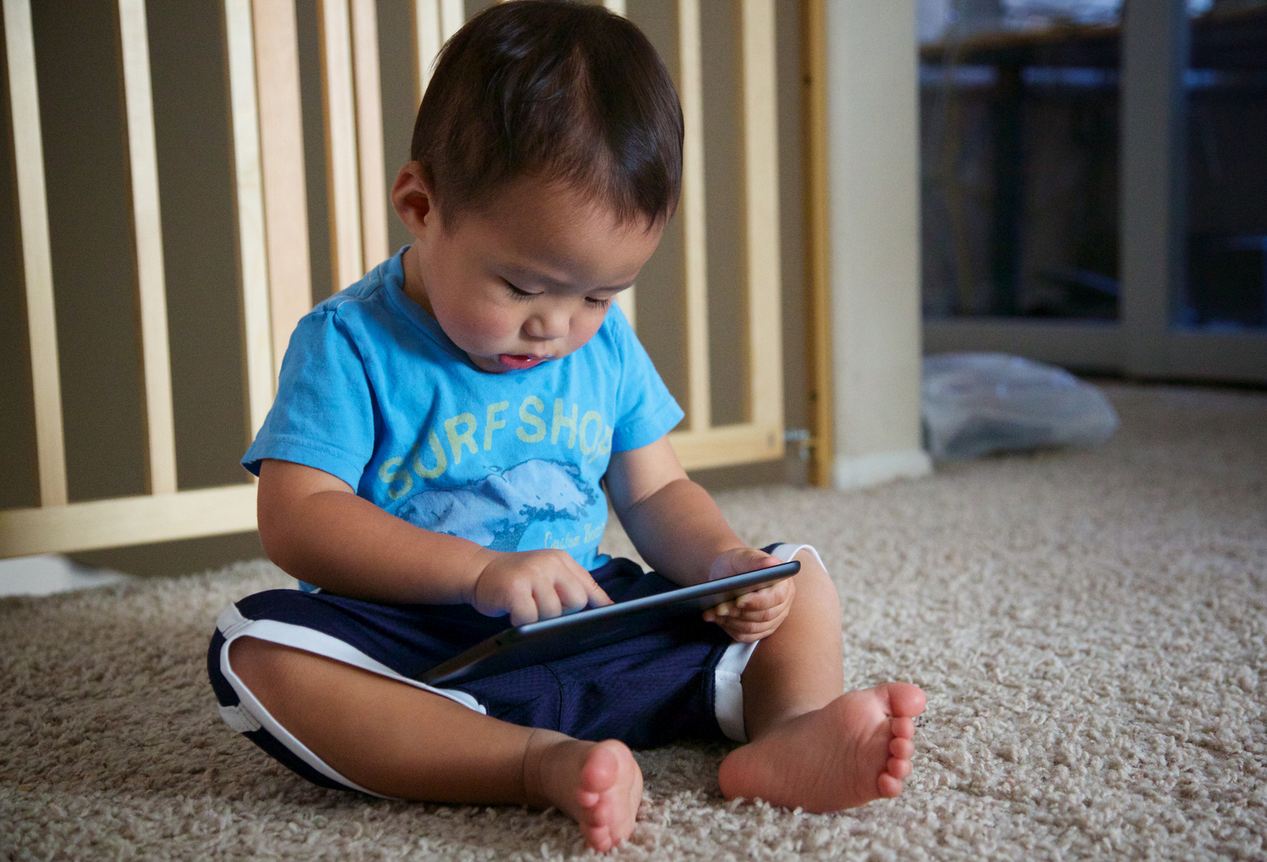 Then, in 2011, the American Academy of Pediatrics issued what appeared to be the final nail in the coffin of infant video programming: a report, which categorically rejected the educational benefits of these videos and asserted serious health and development concerns, including issues with sleep and language acquisition. According to the study, children under two years of age should not watch television.

At the same time that television was being vilified, tablets saw an astronomical surge in popularity. Included in the app marketplace were several applications that promised to use the interactive nature of the device to teach important skills like recognizing shapes and colours. Even more enticing were apps that claimed to teach language skills to infants and toddlers. In an age of helicopter parenting and the push for excellence at an even earlier age, tablets seemed like a godsend.

Then, of course, the inevitable came ‘round again. The supposed educational benefits of the godsend were scrutinized, the potential negative effects were added up, papers were published, and apps were uninstalled. The “no television for kids under two” rule was amended to include all screens.

A child born in 2014 will interact with technology in a very different way than a child born in 2010 or 2005 or 1990. In any case, a trend that has been apparent across the years is the willingness of parents to use educational technologies as they become available, and to reject them as soon as they are discredited.  Some will say that the eagerness to adopt technology in child raising reflects a kind of laziness from parents who are looking for a quick fix; others will say that the interest in Baby Mozart and infant apps shows how optimistic some people are about technology and its ability to aid them in their parenting. What do you think?